Maker Faire went really well.  I had a booth about the new audio library, and we also built a OctoWS2811 LED display for Freescale's booth. 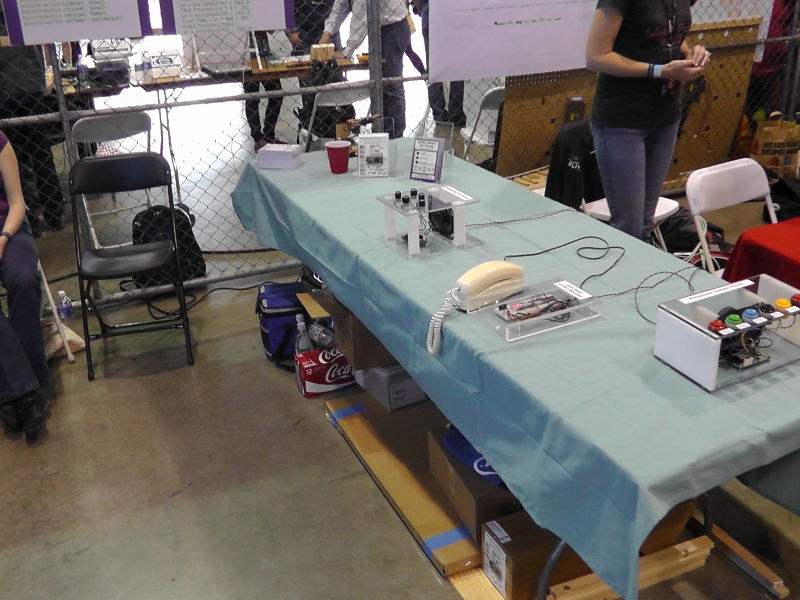 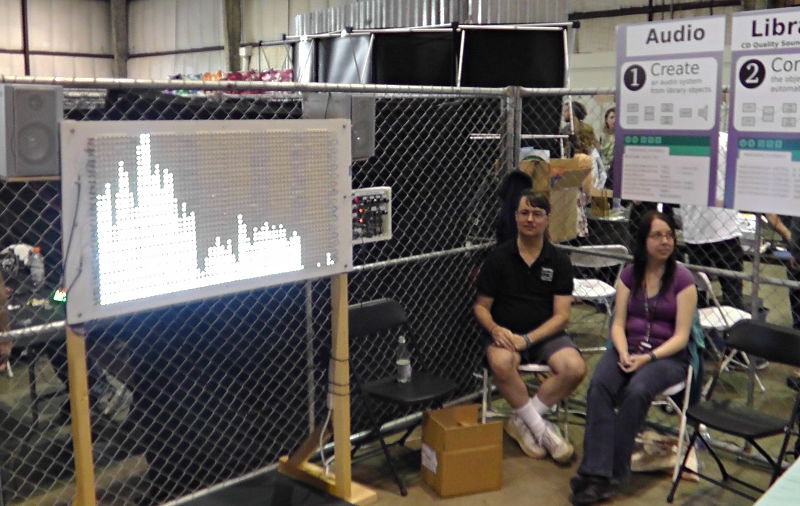 It's large and incredibly bright.  Even these photos from quite a distance away, in a brightly lit room, look like nighttime due to the camera's exposure adjustment. 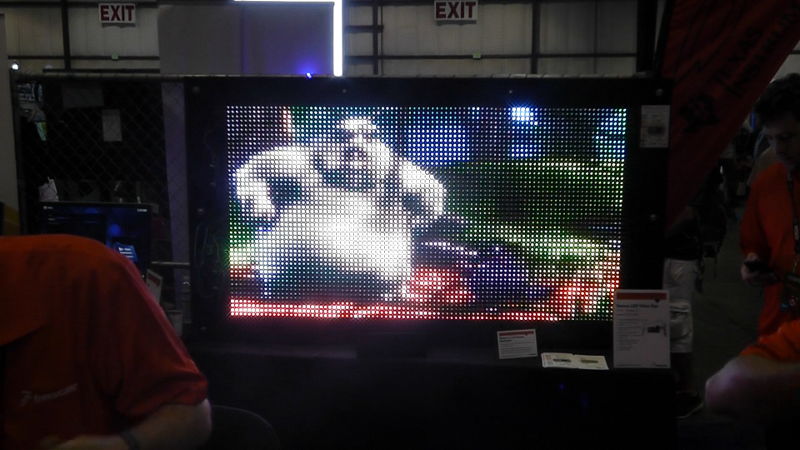 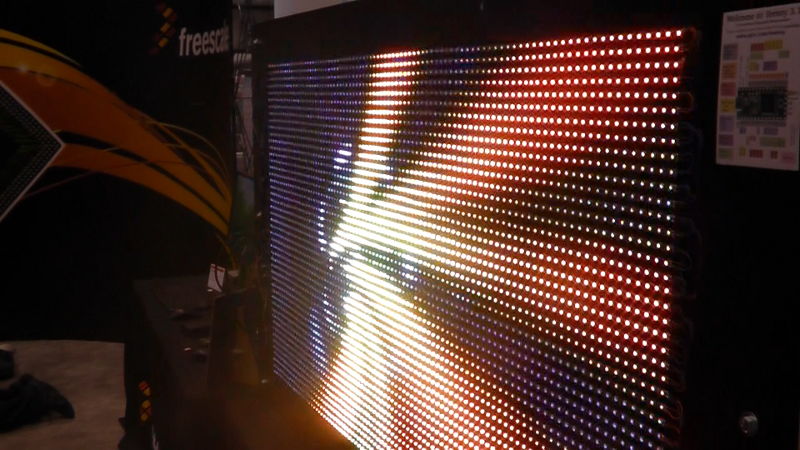 The Freescale folks were showing stuff people have made with their chips.  The others I recall were the UDoo and a iMX6 laptop, which were also pretty awesome, but not nearly so bright.  Freescale has been really great to work with (far, far better than Atmel ever was for Teensy 2.0), and they agreed to cover the material cost, so I was happy to help them with a LED demo.

The complete (but very early) source code for playing from SD card with audio is available on this forum thread.  I'm planning to clean it up and roll it and other stuff into a new 1.2 release of OctoWS2811.

Here's a lengthy article I wrote about the LED video panel on the ARM community website.