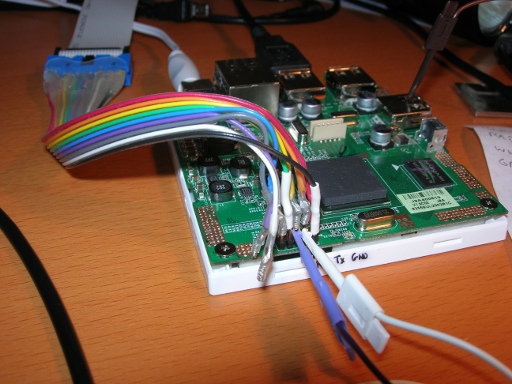 Long story short: the GuruPlug JTAG wouldn't even debug the GuruPlug, let alone any other board I tried it with. I knew my freshly-compiled bleeding-edge OpenOCD was at least somewhat functional, because it was able to talk to my TI Evalbot through an onboard FTDI2232 USB-JTAG/UART chip. But it wouldn't talk to the FTDI2232 in the GuruPlug JTAG dongle.

So I got out the old Wiggler, built up a desktop PC so I'd have a parallel port, and started trying to debug some old hardware I had around (things with the standard 2x10 JTAG connector, which is what the Wiggler has). I had eventual success with it, so the next problem was connecting the Wiggler 2x10 to the incompatible Dockstar 2x5 (@2mm). Ugh. 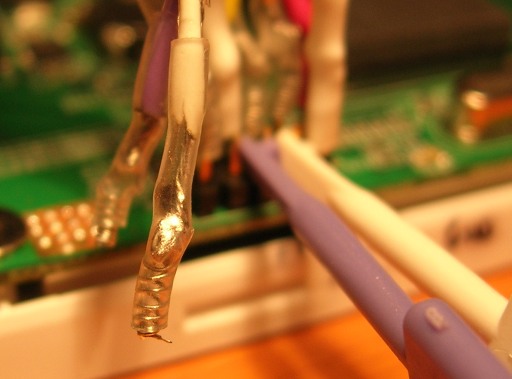 I didn't have enough micro-hooks to connect the required 7 lines, so I made my own micro connectors by winding little springs out of an .009 guitar string. I soldered them to a split-out ribbon cable, and soldered the other ends to a 2x10 socket. Apply heatshrink and make a hot-glue strain relief, and viola, a JTAG breakout that... Works!