Just spent a few days designing & laying out this circuit. 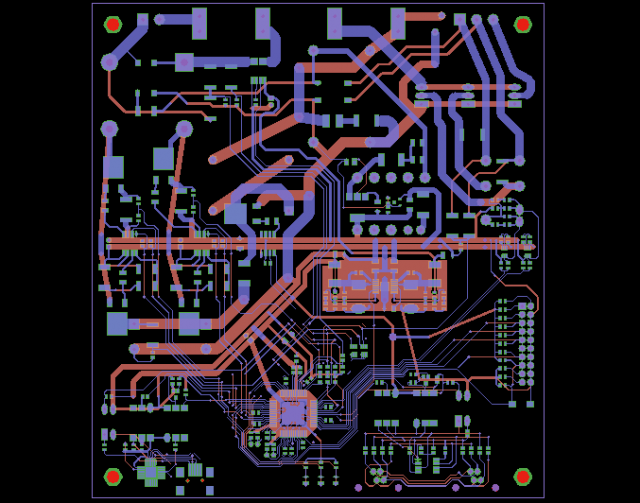 It's a microcontroller-based grid intertie that takes energy from a low-power source (such as a small wind turbine) and feeds it into the 120VAC grid. (Or you can just plug your 120VAC devices into it, no need to give/sell the power back to PGE.) It'll probably do about 250W, and I expect the efficiency will be pretty high.

Speaking of efficiency, working on this made me wonder how much power a hamster could produce on an exercise wheel, and whether that's enough to run the supervisory and power-conversion functions of an intertie like this, plus send a little extra to something plugged into the 120VAC... That would be a fun project!