I just thought I'd post some random photos and projects from the last DorkbotPDX meeting.  Lots of fun stuff.

Tom Hudson brought his shaking haunted house. He worked on it with his coworkers at OMSI. It uses a saber saw as the shaking mechanism. Pretty sweet. He's posted an Instructable about it if you're more interested. 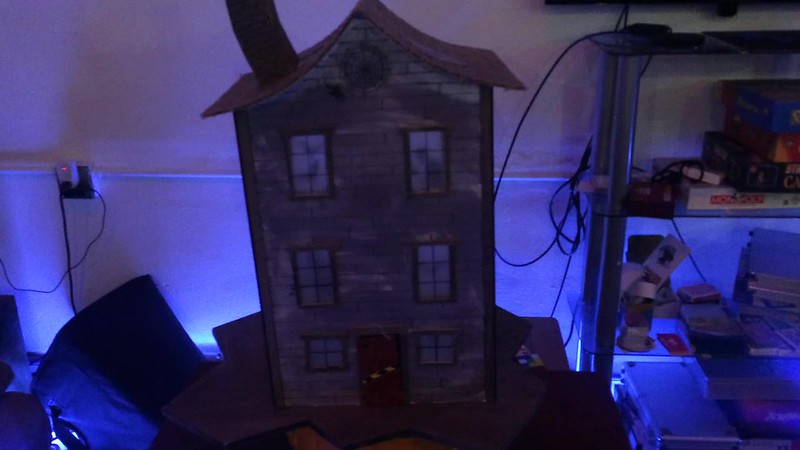 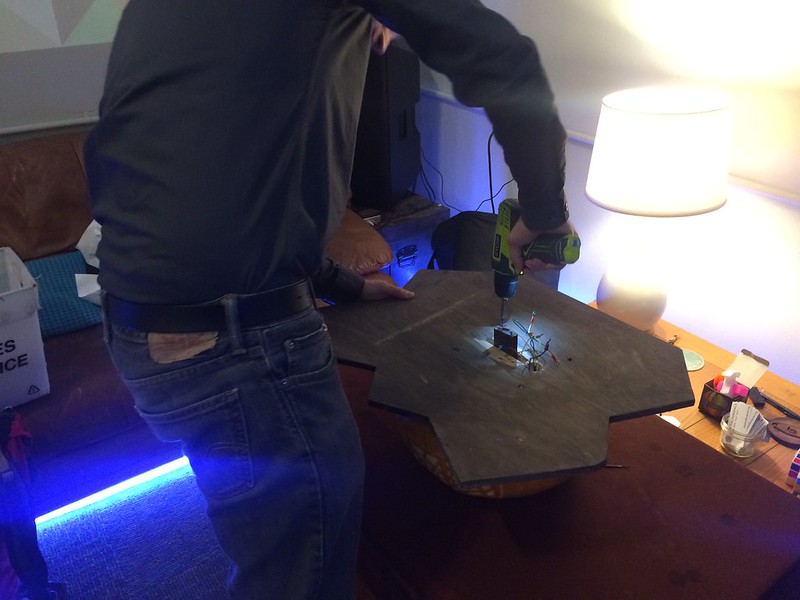 Mykle Hansen brought his Teensy Synth project. It made some sweet, crunchy sounds. I think it is based off of this project. 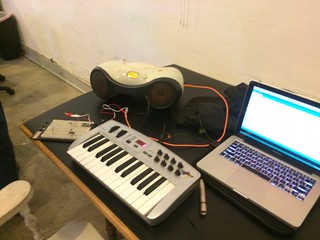 Mathew Lippincott brought his Portal Gun from Rick and Morty. It used an 800 lumen flashlight to project the portal! Very cool! 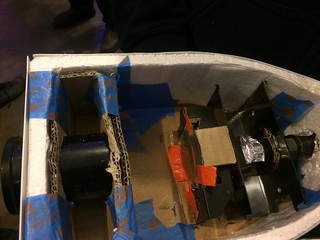 Scott Dixon brought a new robotics platform that he's playing around with. It's not hooked up to his Bluetooth Barbie steering wheel yet, but maybe soon. I didn't catch what the platform actually is, maybe he'll chime in on the comments. 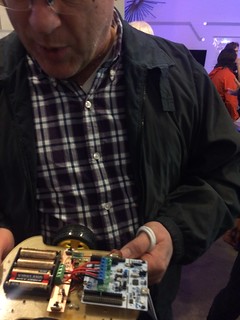 Here were some folks playing with using balloons to diffuse LEDS. Reminds me of this project. 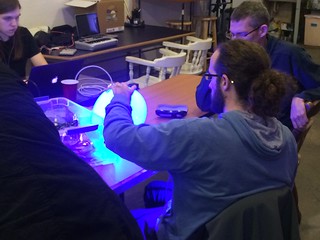 Finally, some folks just hacking together. I didn't find out what they were doing, maybe they'll chime in on the comments below. 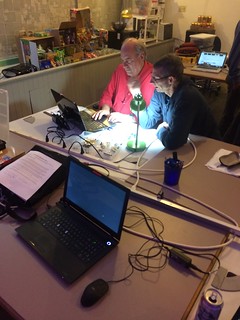 Fun projects, great to see so many projects on display!